A Tribute to a Vanquished Web Site: ecpclio.net 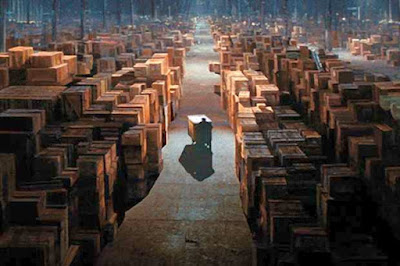 This week the Maryland State Archives decided to eliminate from the airways a web site that I created as a portal for cooperative research and writing on topics relating to Maryland History. I explained the purpose of the site in the introduction which I have altered from the present to the past tense in light of its demise:

http://www.ecpclio.net was a multifaceted research and image depository site within the Archives of Maryland On Line. It encompassed research inquiries relating to the whole range of archival resources, public and private, available at the Maryland State Archives and elsewhere, including land records, maps, plats, rare manuscripts, and photographs...


Over the course of its nearly 20 year existence the web site spawned 276 research series that were intended to be available online for contributions by serious researchers, and linked where appropriate to the Guide to Government Records. At core was the research that went into a book about mapping Maryland, but it included several courses on the historical importance of preserving court records, which proved to be a major source for the study of African American History. The series were eclectic depositories of documents and notes. They encompassed a pioneering effort at managing a very large collection of privately owned survey records that in time would become the property of the Archives, and an approach to online editing and transcription that to date has no comparable peer. It also included an approach to salvaging a severely damaged collection of family papers that proved to be the best and most inexpensive way of preserving and accessing its contents. To be fair, the contents of the e-pubs created for transcribing and editing the collection are still available from the guide to the collection in Special Collections on line along with a number of others.

The series were managed by a simple password access system and online uploading environment that was cost effective and efficient, but more important was the fact that the documents in the series could be accessed, added to, and annotated remotely. As a service to those who might be interested in the topics covered a list of the series titles is provided here:

Yesterday ecpclio.net disappeared from the web, some of it to be transferred like the lost ark into an inaccessible data archive from which it is likely never to emerge. The remainder, including a simple system of access, has been either wiped clean or hidden behind such high barriers of electronic security that its value is severely compromised, if not lost altogether.

Goodbye ecpclio.net at least for now. As I have copies of most of my own contributions to the website and as I own the domain name, I may revive portions of it at http://ecpclio.net if there proves to be any interest. If there is any interest in any of the topics addressed above, feel free to write me at edpapenfuse@gmail.com and I will see what I can do to resuscitate the series on my personal server or through sharing out through Google Drive.

Posted by ecpclio at 7:03 PM No comments: